It's that time of the year when consumers wait outside stores for hours on end to get the best holiday deals. Black Friday is the unofficial start of the holiday season, presents are purchased, kids begin to beg Santa for gifts, and a huge amount of money is spent. And what would Black Friday be without leaked ad scans weeks in advance? Word on the street is that Best Buy will be having a sweet $18.99 sale on a few Xbox 360 games including R* Games Presents: Table Tennis, Condemned, Amped 3, and NBA Live 06. So, if you feel like participating in the Black Friday ritual, make the holy trek to Best Buy and pick up a few games ... just be sure to bring a roll of Tums, because we all know the day after Thanksgiving wreaks havoc on the belly. 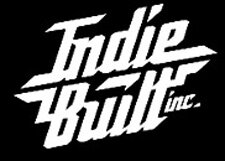 Indie Built, previously known as Access Software, was responsible for the popular Links series of golf games, as well as the CD-ROM Tex Murphy adventures (like Under a Killing Moon), before being acquired by Microsoft in 1999. Microsoft sold the studio to Take-Two in 2004 becoming part of their 2K Sports brand. The Gamasutra news piece hints that the closure might be due to the lackluster sales of Amped 3; sounds to us like another victim of the historically tumultuous generational transition. 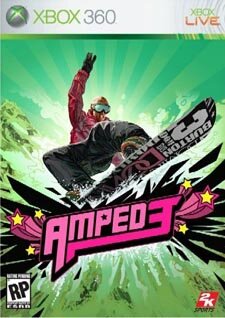 What happens when you finally release a demo of a mediocre launch title on Xbox Live Marketplace several months down the road? Not much.

Enjoy snow? Love games? Advocates of snowboarding and the Xbox 360 could soon find themselves in a blended paradise of the two with the Xbox Big Day Out festival. In four days time the event will kick off, giving snowboarders from all over the chance to compete and frolic on the peaks of Val d'Isere in France.

Spectators can also have in on the fun (since Microsoft is sponsoring it, after all) by getting the opportunity to land their mitts on some Xbox 360 action with all the latest games. But maybe you can't make the long journey, they understand. That's why there's an online competition for the rest of us [as in 'Europeans']. Winners score a limited edition snowboard from Quicksilver and Marharishi, and an Xbox 360 along with Amped 3.