One of our colleagues here at Weblogs sent us this link about using the 360 HD-DVD player as a cheap HD-DVD drive for PC. It looks like all you need is the right set of drivers and a playback program and voila! Instant, cheap HD-DVD goodness. The boys who discovered this solution -- UNEASYsilence -- were not satisfied with such an easy outcome, so they took the damned thing apart anyway. Check out the article if you'd like to see the Toshiba-powered guts of the HD-DVD player. Also worth noting, a Mac recognized the drive immediately, no drivers needed. Unfortunately, as there is no HD-DVD program available for the Mac, it will only play DVDs.

Early details on XNA B2 from CodeCamp Seattle

If you're unable to attend the CodeCamp XNA sessions taking place today in Seattle, but still want to get early deets on XNA Beta 2, you can check out Andy Dunn's extensive notes from yesterday's presentation by Mitch Walker. Check back later for photos of the demo. Meanwhile, Microsoft Game Development Community Maganger Dave Weller has his own comments on the meetings Andy didn't bother to crib, and adds that the second beta will be released "Very, very soon."


Here's video of the full Mega-Man suit put to use in Dead Rising. You have to beat the game and kill 60,000 zombies to get it. Pretty satisfying unlockable. I don't recall ever getting the opportunity to rip Dr. Wily's small intestines out.

Good news if your lack of confidence with a screw driver is inhibiting your desire for nerd bling. TeamXtender.com has released detailed step-by-step on how to pimp your 360 controller with some flashy chrome.


Twistedsypmphony, head moderator guy over at Xbox-Scene, tipped us off to his Frankensteinian project, the Sat-2-360 Controller Adapter. The adapter allows players to use a Sega Saturn control on the 360. Considered by many to have the best d-pad and button layout ever, the Saturn controller is perfect for Street Fighter II or the upcoming Mortal Kombat. The adapter is still a prototype -- and ugly as sin -- but the functionality is promising. The unit is (technically) wireless, though I'd pay for the same thing with a USB adapter.

If you'd like to learn more about it -- or make one yourself -- check out the forums at Xbox-Scene. For some X-tra credit, who wants to build me one? Anybody?

Now, if SEGA would get cracking on the Live Arcade version of Virtua Fighter 2...

Xboxic reports that Dell is selling 360 Premium systems for the Midnight Madness price of $359 (USD). Another $10 is deducted during checkout and shipping is free. A shiny new 360 for $350 delivered to my door? Yes, please.

Dell does kuh-razy deals like this all the time and they usually don't last forever so, act fast. If you grab a 360 -- let alone all this other stuff -- let us know how it went.

Racing fans rejoice! Like GRAW, Blazing Angels, and Far Cry before it, Moto GP '06 has no region encoding. That means you can pick up a copy from Play-Asia for the delectable price of US $39.10 plus $3.90 shipping. A brand new 360 game for forty-three simoleons isn't bad at all. Those of you in doubt can check out X360F's previous proof of this amazing deal.

Anybody know of any other region free games out there?

Back compat sound of music 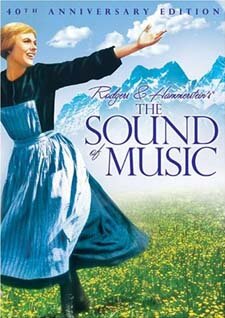 The hills are alive with the sound of reader Josh's musical discovery (unless you already knew about it) concerning old Xbox games:

Because of the "Music volume level persists between game / reboots" fix in the Spring Dashboard update, I found out purely by accident that you can now listen to music while playing XBOX 1 games on the XBOX 360.

Just start up any ol' playlist or a ripped CD and fire up Halo 2 or any other XBOX 1 game that suits your fancy. While the controls won't be there when you hit the guide button, you can still control the action with your 360 remote (if you have one).

Who wouldn't enjoy playing Halo 2 with "Climb Every Mountain" playing in the background? 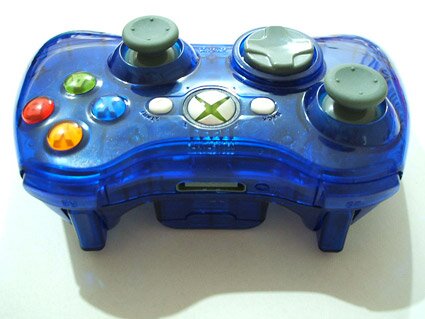 In addition to being a horrible name for any product short of a Unicorn-themed globe, the Fantasy360 controller shell is a complete Xbox 360 controller case replacement. They don't have a shipping product, a place to buy it from, or even a price yet, but they do have a pretty sweet step-by-step guide on Flickr on how to put the damned thing together.

They're supposed to be available in four semi-transparent colors--and Chrome--this June, according to their press release which is available after the break, courtesy Xbox-Scene.

Before anyone spends more than ten seconds reading this post, I'll warn you: I don't know what the point of it is. That being said, if you're still reading and you still crap in the comments, I'll just point and laugh. Now, let's begin.

A tutorial at deviantART goes through the step-by-step process of crafting an Xbox 360--not from shiny next-gen technology (chips, RAM, and what have you) but from the dark magic of Photoshop. I can't really think of many uses for this 'cept one: if you've been lusting after an Xbox 360 and keep a folded up image of one in your wallet to stroke, lovingly, from time to time, now might be the time to trade up. Render your own and duplicate that feeling of owner's pride we all place in our consoles (real or fabricated). 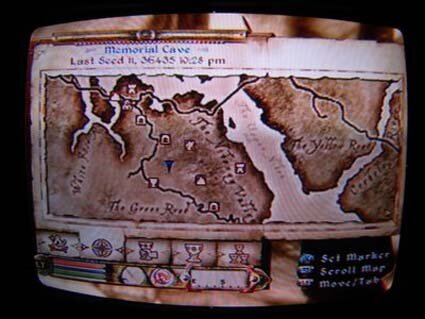 Is there a gamer alive who doesn't love unicorns? Did I say gamer? I meant 11-year-old girl. Anyway, reader Andy has posted instructions on how to find the "hidden" unicorn in Elder Scrolls IV: Oblivion. See the map above for the exact location. According to Andy it will attack you if you stab it with a sword.

Next up: How to find the Liger from Napolean Dynamite's trapper keeper.

How to keep your 360 cooler than Vanilla Ice

The whole overheating issue with the Xbox 360 has been pretty low-key over the past several months. Maybe the problem tapered out, or people just figured out resourceful ways to cool their system. Here's another way to keep it chilled if you're still having problems or are just looking for a much better way to do it.

Enter the Antec Notebook cooler. This thing was designed for computers, but wait: it flawlessly doubles as a base cooler for the Xbox 360 too. The pearly aesthetics even follow suit with the console. If you've been keeping an eye out for a ridiculously easy way to cool your 360, here's your solution. Not to mention it isn't terribly expensive for the use. You can pick this thing up for as little as $27 at some places.

The writer mentions that she conducted a test by placing it in a cramped up space with and without the notebook cooler. Within 30 minutes, it came to a screeching halt. However, after adding the new peripheral and placing it back in the unventilated area, the Xbox 360 ran for three hours without so much as a hiccup. Try this out and let us know how it works with your own setup!

Apps for streaming DivX on 360 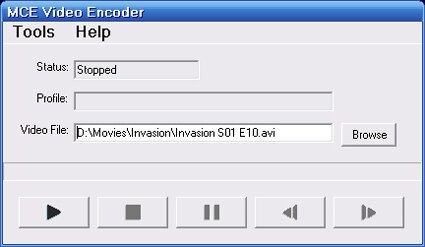 As you may know, the Xbox 360's streaming capabilities do not support DivX / Xvid out of the box, to the severe annoyance of many people (Actually to the annoyance of 2195 people). Fortunately, there are a couple  apps out  there  that solve the problem by converting  DivX to WMV on the fly. Of course, you still need Windows Media Center.

MCE Video Encoder has the following features: Transcode 360 (also supports Quicktime and Real Media Video) has been around since early February and is getting great reviews. If you try either one, report back with your experience / comparison.

Still seems like a hassle to me. This is one of those non-piracy related areas where a modded Xbox w/XBMC truly pwns the 360. Question for those with WMC: Are you using the  Xbox 360's limited streaming capabilities regularly, or are you too busy playing  GRAW like the rest of us?

HowStuffWorks has a dumbed-down  (and probably old) primer on the inner workings of  the Xbox 360 console that doesn't tell you much more than what's on the packaging. Nothing new for the hardcore, but best to re-familiarize yourself with basics before wading into the technical minutia of DVD drive hacks.

Here's how to save a few bucks on your copy of Ghost Recon: Advanced Warfigher:

The Asian region (Hong Kong, Taiwan and Singapore) can now purchase Xbox 360s specifically for their region. All of these are NTSC-J encoded, the same as the Japanese 360s. So what’s the difference? It’s actually the software. In an effort to bring as many games to the region as possible Microsoft is bringing English language North American titles over. For instance Ubisoft’s Ghost Recon: Advanced Warfighter is the same as the USA version and it’s also compatible with US region Xbox 360s. Also all of the Asian version Xbox 360 games are sold at a budget price. Most import retailers are selling them for $39.99, considerably cheaper than the $59.99 price point for North American games.

Indeed, Play-Asia.com is selling what appears to be a region-free version of GRAW for $30.90 plus $3.10 shipping. According to their compatibility chart, it's the only "Asian" game so far that will work on your Peoria-purchased 360. Can anyone confirm that it actually works?

Update: I'm so used to paying through the nose, I forgot to ask: Why is Hong Kong getting bargain rates anyway?