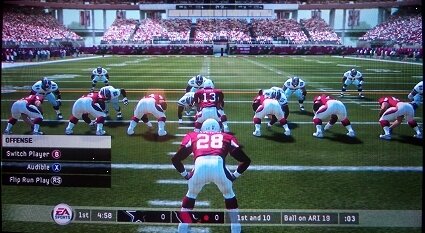 Wondering whether to splash out on a new TV to go with your upgraded gaming rig? The folks over at HDBeat.com have compared the SD and HD versions Madden NFL 2006, and it's a pretty convincing sell. The graphics using standard cabling look very similar to original Xbox style visuals, but the high-def adds an extra level of detail and realism.

With HDTV prices currently higher than the cost of a 360, it's not quite convincing enough for us to upgrade just yet, but it's definitely tempting. 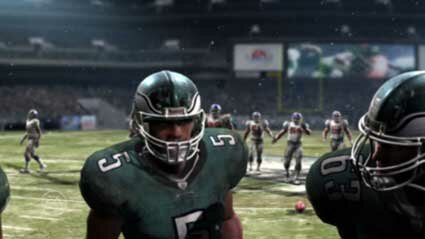 You can now download your favorite only option for officially licensed NFL goodness, Madden NFL '06, via Xbox Live.

Be warned however: the demo logs in at a relatively hefty 699.95 MBs. The servers are quite busy at the time of this posting, so you might need to be a bit persistent to make it to the download screen. 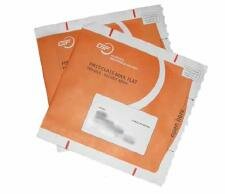 GameFly's top 10 most requested Xbox 360 titles as of Nov. 15 are:
Does this seem like an accurate representation of what 360 buyers are looking for?  If so, it's heavy on the FPS and light on the Kameo.  Is Rare's title already forgotten?